Mauritius as a Jurisdiction for Financial Services

Mauritius is a politically stable independent country of 1.2m people, a former colony of the UK (gaining Independence in 1968), operates a Westminster Democracy, and has the Privy Council in London as its Court of Final Appeal. It is a highly respected, and well-regulated jurisdiction which offers top class Financial Services to international investors.

It has a very well-educated workforce who are bi-lingual in English and French, with English being the Official Language of the country, and it has an excellent Time Zone for comprehensive ease of communications (GMT +4 in winter, GMT +3 in summer).

Mauritius as a Fund Jurisdiction 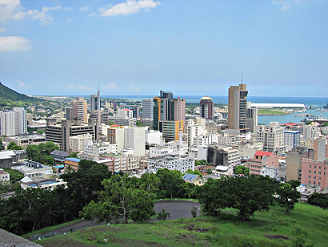 Historically Mauritius provided over 40% of foreign direct investment into India principally because of the Double Tax Treaty between the two countries.

Mauritius does not charge capital gains tax, so it makes it a very attractive location from which to base investments into (previously) India, and other jurisdictions, using funds, whether public or private.

Mauritius has over 44 tax treaties, and they can be conveniently divided into three main sets as follows:

The usual vehicle of choice for funds in Mauritius is a Mauritius corporation incorporated under the Companies Act 2001*, which has a Global Business Licence Category 1 (GBL1). Such a corporation is used for open and closed-end funds, private and public investments, private equity and real estate investments.

Because of the Mauritius Tax Treaties, dividends can be extracted from the source country with no (or at a preferential rate of) withholding taxes.

Dividend and interest payments by a GBL1 company out of Mauritius are exempted from Mauritius tax – there are no withholding taxes.

GBL 1 companies are entitled to a foreign tax credit of 80% this means the effective rate of tax on a GBL1 fund will be a maximum of 3%. Because the underlying foreign tax may also be claimed the rate of tax should be 0%.

In addition to the attractive tax regime, Mauritius has also entered into Investment Protection & Promotion Agreements with most of the African (and other) countries listed above which provide safeguards against expropriation or interference by Countries receiving the investment.

In the local region, Mauritius is also a Member of the Common Market for Eastern and Southern Africa (COMESA), the Southern Africa Development Council (SADC), and the African Union.

The Cost of Doing Business in Mauritius

The overhead cost of doing business in Mauritius is almost one fifth or less of that in the Channel Islands, or London, Luxembourg, or Dublin making the case for basing business operations in Mauritius

*The Mauritius Companies Act is a judicious blend of UK, New Zealand, and Canadian company legislation.